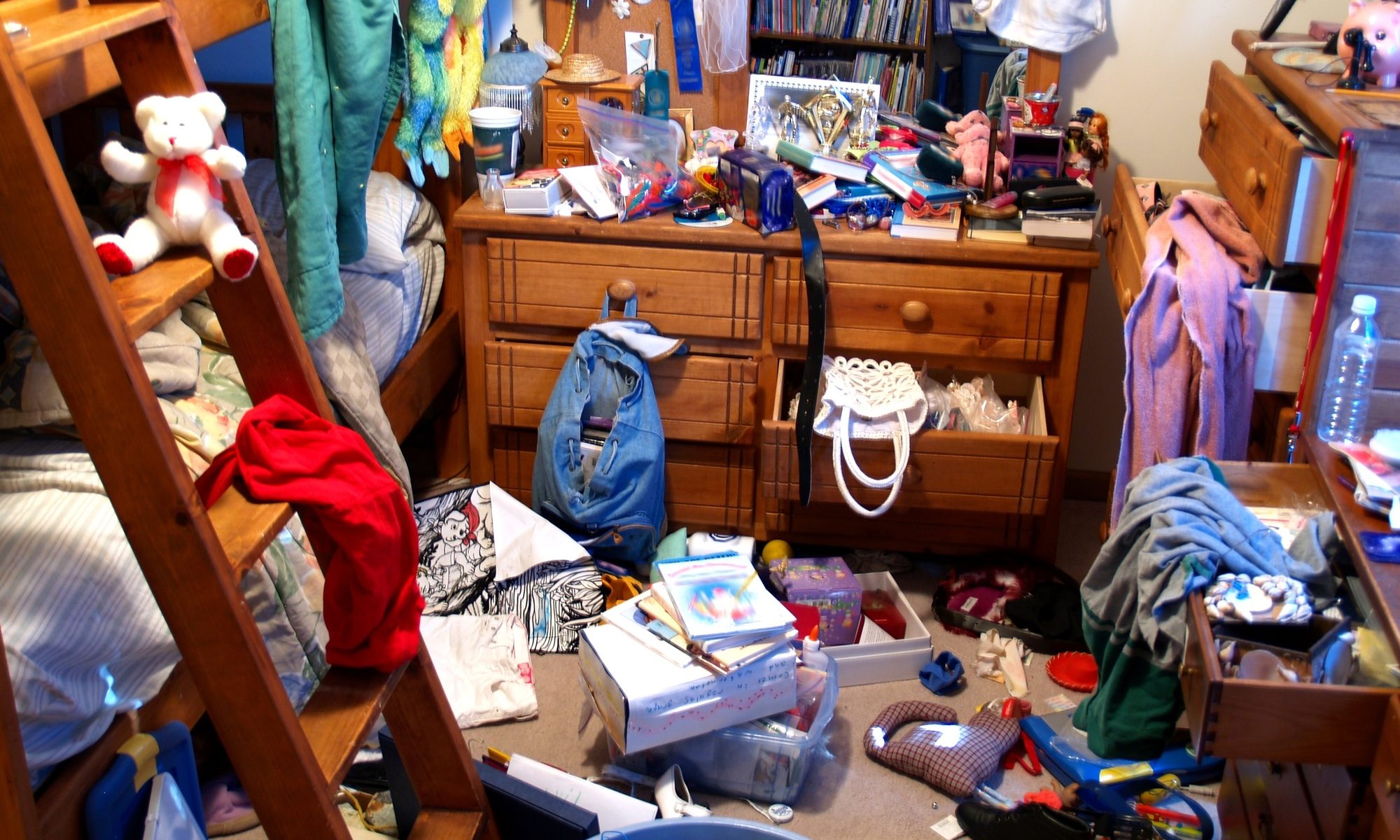 Life can often be stressful and confusing. You can be so busy trying to juggle every aspect of what your day can throw at you, that problems such as hoarding can sneak up on you.

Many hoarders don’t realize that they have a problem. It’s a clinically diagnosed medical condition that can cause significant emotional damage to yourself and the people around you.

Hoarders often feel a great sense of shame, guilt, and embarrassment as a result of their cluttered and chaotic living spaces. In this article, we will give you some of the best decluttering tips for hoarders and how best to navigate the complexities of it.

The first step in any recovery is to admit that you have a problem. If you are living surrounded by items in a space that is unbearable and dangerous to be around and unable to get rid of anything, you may have hoarding tendencies.

Up to 5% of the world’s population displays some level of hoarding behavior; if you are one of them then it is best to speak to a therapist or psychologist and tackle the problem head-on. By neglecting to do this you will only exacerbate the existing issues and continue to hoard and live in an unsuitable living environment.

After speaking with loved ones and medical professionals, if you need to, envision your end goal and make a plan. What is it that you want to achieve? You need to think about a home that is more manageable to live in, which is safe for you to inhabit and somewhere that you feel proud to bring friends and family members over to.

Hold that feeling of accomplishment at the forefront of your mind in this entire process, perhaps even create a mood board or a digital one, showing the kind of clean and decluttered spaces you aspire to live in.

The next thing to do is to consider what removal companies would be best for you. If you have lived in a cluttered environment which is a bit chaotic and unclean then you will probably need professionals for the job. It isn’t something that you have to undertake alone.

If you don’t feel confident or are too frightened to call, get one of your family members to discuss and plan for you. All of the negative emotions that you attach to the hoarding are not going to go away overnight. Use your support network to appropriately help you during this time.

Just because you have started this process, it doesn’t mean you have to go in all guns blazing. Start slowly, perhaps focusing on one of your smaller rooms, looking at what types of things you have stored in there and thinking about why you have decided to keep them.

Start to break down your decisions and reason with yourself. If you have old magazines from 15 years ago, old toys that you haven’t seen in years or receipts from a decade ago, it’s likely these are things you don’t need.

By taking things slowly at first and questioning each item, to begin with, will gradually build and develop your confidence. Set yourself goals and targets by going through your items and reward yourself when you do. For example: ‘If I clear all the cupboards in the kitchen, I will treat myself to a meal out.’

Place realistic and reasonable goals for yourself and don’t be hard on yourself if you don’t quite achieve them all at once. It’s easy to cycle back into your negative thought patterns, but focus on the success you have already attained.

Having a family member or loved one to help you with the whole process will also make things more manageable.

Ramp up the Tempo

Once you have started to build in confidence, capitalize on this feeling, and really go for it! This is where you can collect all your unwanted items together, whether it’s in the backyard or one of your rooms, and have a removal company come and take them for you.

This will, at once, completely transform your living space. You can instantly see all the hard work you have put in and envision how your new life will be without clutter surrounding you.

What’s good about using a removal company, is that the stress and anxiety of removing the stuff yourself is a non-issue. You can enjoy the newfound space without any of the heavy lifting!

Once you have decluttered your house and it looks beautiful and new, the hard work isn’t over. You will need to maintain this level of cleanliness and resist the urge to start hoarding again.

It’s something you will need to keep at the forefront of your mind and not become complacent. Have a checklist of cleaning jobs to do each week and stick to them. This is also a good time to take a mental note of any items that you may have bought or acquired over the week.

You need to ask questions such as: ‘Do I really need this? Have I already got something similar? Is it necessary for my records?’ By making these smart mini-decisions on a regular basis it prevents a build-up of unwanted items and stops you from descending into hoarding behavior again.

Decluttering Tips for Hoarders: Where Can I Learn More?

We hope you have found this article on decluttering tips for hoarders useful and informative. By baring these tips in mind, we know that you can start to reclaim your life and get back to living how you deserve to be.

If you have any further queries or questions, please don’t hesitate to contact us. We would love to hear from you!

Spring is almost over so if you haven’t started your cleaning process, it’s time to get on it. You’ve got to make room in your children’s closet for all their back to school clothes and there are tons of kitchen containers that you’ve been holding on to for much too long.

Some of your things are priceless, at least you think they are. You’re not sure how to know what to throw away and what to keep. We can help you sort through your things.

Keep reading for a list of things to get rid of if you haven’t been using them as much as you used to.

One of the most cluttered parts of the home is the closet. Many people buy new clothes without getting rid of the stuff that’s torn or that they can’t wear anymore. Sometimes it’s a simple matter of not wanting to part with a single outfit.

One rule to live by is this: If you haven’t worn it in a year, you’re most likely done with it. It’s a good idea to sort through your clothes at the end of each season. Not just during the spring.

This is especially true with your kid’s closets. They fill up fast because let’s face it, kids grow out of clothes at an alarming rate. If you don’t clean their closet out at the end of each season you’ll have no room to put any of their new outfits.

When you buy a new pair of shoes, it’s a good idea to toss out one pair of your old ones or at least put a pair away in storage.

Another popular clothing item that people hoard is formal clothes. It’s true that you spent a lot of money on those bridesmaids’ dresses in your closet but they’re most likely never going to see the light of day again. Consider donating them.

It feels like there is some kind of void that is specially designated for socks. It’s easy to lose them and leave one lonely sock without a mate. If you have a bunch of single socks, put them out of their misery and toss them.

How many towels does one household need? Not as many as you may think. You only need two sets per person. Keep one set off to the side for guests.

If you have more than this, bag up your unused towels and donate them to a homeless shelter. They’ll do much more good there then they would be sitting in your linen closet.

If you have small kids, it’s easy to hoard sheets. You want to keep some clean ones ready to go in case the child has an accident or gets sick.

If you don’t have children or your kids are past the wet the bed stage, your sheets only need to be changed about twice a week. Keep two sets of sheets per bed and donate the rest.

Believe it or not, sunscreen does have an expiration date. This date gets pushed up even further if the bottle has been exposed to the hot sun. Go through your cabinets and toss out any bottles that meet these criteria.

You probably have an expired bottle of mascara in your makeup bag right this second. Not many seem to know this but mascara only has a shelf life of about three months after you open it. If you still use it past the three-month period it can cause some serious eye and skin irritation.

A good way to not go over the expiration date is to write down the day you opened it on the tube.

Eye shadow and lipstick last a little bit longer than mascara. Eye shadow can sit in your bag for two years and lipstick can last for a single year. Still, if you have a shade that you’re not using, it’s better to toss it to make room for new ones.

After a while, your nail polish will begin to separate. When this happens, it’s time to throw it out.

Your dentist will hand you a toothbrush almost every time you go in for a visit. If you have a bunch of these lying around, get rid of some of them. If you haven’t replaced your current toothbrush in four months or more, it’s time to do so.

If you’ve recovered from an illness, you don’t want to use the same toothbrush you were using when you were sick. Trade it out for a fresh one.

The expired mediations sitting in your medicine cabinet are only useful for taking up space. They’ve long since lost their disease-fighting power.

Not to mention that they can be dangerous if left in the wrong hands. Go through your house and throw any expired medicine in a garbage bag.

Old kitchen sponges become a breeding ground for bacteria. Replace your sponges at least once a week.

Most people only drink about one or two cups of coffee or tea every day. This being said, you don’t need a million coffee mugs. Toss out the ones that you don’t use that often.

Many people have the habit of hoarding the plastic utensils you get at fast-food restaurants. If you have a drawer full of these, throw them away.

If you have a cabinet full of plastic containers that are discolored or that don’t have a lid, they aren’t doing you much good. Hire a junk removal company to take them off your hands.

If you haven’t started purging your house or apartment yet this spring, it’s time to grab a garbage bag and get started. If you’re questioning how to know what to throw away and what to keep, the answer is toss anything you haven’t used in the past 6 months or so.

There are some exceptions to this such as Christmas decorations. Anything else can be donated. Somebody might be able to use your discarded items more than you.

Things that can’t be donated will have to get tossed. We can dispose of your junk items for you. Contact us for more information on our services.